‘A Year's Worth of Suicide Attempts in Four Weeks’: The Unintended Consequences of COVID-19 Lockdowns

Stay-at-home orders come with a host of unintended consequences that we have not yet even begun to measure or understand.

The costs of the government responses to the 2020 COVID-19 pandemic have been severe. New evidence suggests they could be even worse than we imagined.

An ABC affiliate in California reports that doctors at John Muir Medical Center tell them they have seen more deaths by suicide than COVID-19 during the quarantine.

“The numbers are unprecedented,” said Dr. Michael deBoisblanc, referring to the spike in suicides.

"We've never seen numbers like this, in such a short period of time," deBoisblanc added. "I mean we've seen a year's worth of suicide attempts in the last four weeks."

Kacey Hansen, a trauma nurse who has spent 33 years at the hospital, said she has never witnessed self-inflicted attacks on such a scale.

As economist Antony Davies and political scientist James Harrigan explain, “every human action has both intended and unintended consequences. Human beings react to every rule, regulation, and order governments impose, and their reactions result in outcomes that can be quite different than the outcomes lawmakers intended.”

The problem with negative unintended consequences is two-fold.

The unintended consequences of the COVID-19 pandemic have been severe. Most of the attention, however, has been focused on the economic consequences. Forty million US jobs lost. A looming recession. Hundreds of thousands of businesses wiped out and retirements destroyed.

The psychological and physiological unintended consequences of stay-at-home orders have received less attention. Media have been largely transfixed on COVID-19, reporting daily death tolls and rising case numbers in states easing lockdown restrictions (while failing to note that COVID cases are rising because of expanded testing).

To be sure, measuring the impact on mental health is trickier than measuring COVID-19 fatalities or job losses. But that is no reason to discount the psychological and physical impact of lockdowns, especially when evidence suggests the toll is severe.

A recent Wall Street Journal report shows a surge in the number of people taking drugs for anxiety and insomnia, prompting physicians to warn about the long-term risks of increased prescriptions, which include drug addiction and abuse.

Stay-at-home orders may seem relatively benign, but they are not. Science shows that human beings struggle mightily in isolation from one another.

A wave of new research suggests social separation is bad for us. Individuals with less social connection have disrupted sleep patterns, altered immune systems, more inflammation and higher levels of stress hormones. One recent study found that isolation increases the risk of heart disease by 29 percent and stroke by 32 percent.

Anecdotal evidence, like the testimony of doctors at John Muir Medical Center and reported surges in calls to suicide hotlines around the country, suggest the mental toll of lockdowns could be as great as the material costs. (Indeed, they likely go hand-in-hand.)

We’ll have months if not years to debate whether the lockdowns were effective or the right thing to do. What’s important to remember is the stay-at-home orders come with a host of unintended consequences that we have not yet even begun to measure or understand.

For his part, Dr. DeBoisblanc has seen enough to convince him that it’s time to lift stay-at-home orders and let people return to their communities.

"Personally, I think it's time," he said. "I think, originally, this was put in place to flatten the curve and to make sure hospitals have the resources to take care of COVID patients. We have the current resources to do that, and our other community health is suffering." 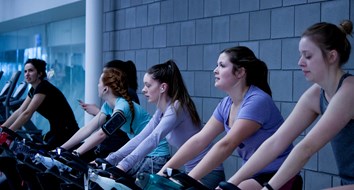