A Breakdown Down of the Opportunity Costs of "Soft Socialism"

Though they surely won’t be equaled by the bitter fruits of “pure socialism,” they are still significant and sweeping. 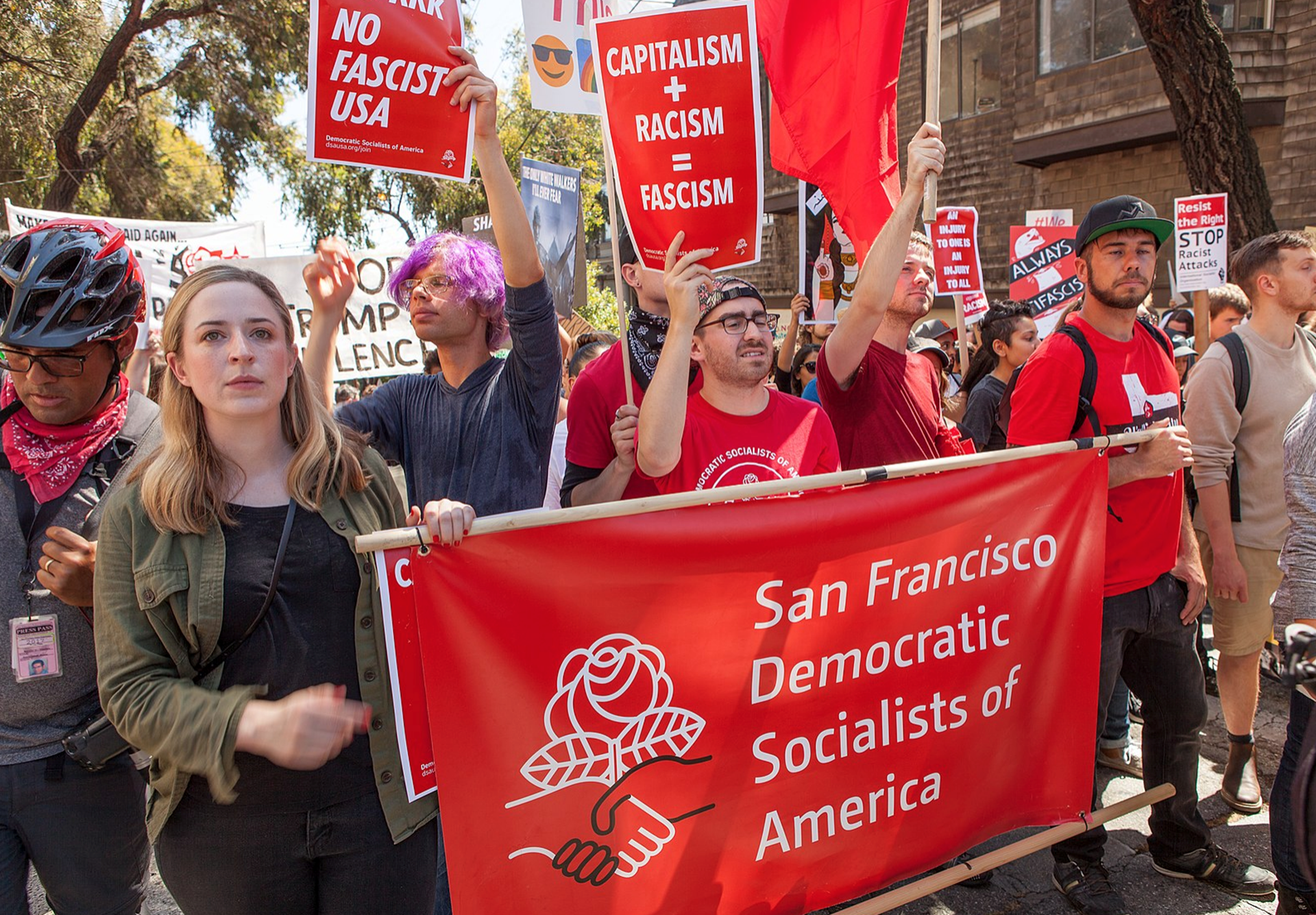 Democratic socialism is on the rise in America, inspired by Bernie Sanders’s 2016 presidential run and recent midterm victories by outspoken advocates such as Alexandria Ocasio-Cortez and Rashida Tlaib.

But while the movement emphasizes “popular” vs. “state” control, glazing socialist rhetoric with democratic and communitarian vocabulary, how different is the movement from socialist manifestations of the past? What might it portend for the future of the American economy and broader society?

In a new report, The Opportunity Costs of Socialism, the Trump administration’s Council of Economic Advisors explores these questions, assessing the economic implications and opportunity costs of socialism, whether in its more extreme manifestations (e.g. Venezuela) or “softer” market-based variations (e.g. Norway, Sanders).

When it comes to the latest American variety, the report concludes that, while not as extreme in scope or severity, many of the costs of socialism are rather similar to experiments of the past. “The historical evidence suggests that the socialist program for the US would make shortages, or otherwise degrade quality, of whatever product or service is put under a public monopoly,” the report concludes. “The pace of innovation would slow, and living standards generally would be lower. These are the opportunity costs of socialism from a modern American perspective.”

A large body of evidence shows how the high tax rates, state monopolies, and centralized control of socialism disincentivize effort and innovation and substantially reduce the quantity and quality of a nation’s output. This evidence includes before/after estimates of the consequences of nationalizing agriculture, and later privatizing it; commentary and interpretation from survivors of highly socialist policies; before/after estimates of the effects of a socialist takeover of the oil industry; cross-country relationships between economic freedom, GDP per worker, and other macroeconomic variables; comparisons of the rates of return between “free” and tuition-paid colleges; comparisons of conditional mortality between the US and single-payer countries; and application of a broad body of economic literature on the effects of raising tax rates.

Critics of the report, such as Vox’s Dylan Matthews, have expressed confusion at the ideological and historical connections it weaves—particularly its discussions of oppressive leaders such as Stalin and Mao within the context of democratic socialism. “A major portion of the report is devoted to arguing that collectivized agriculture does not work,” Matthews observes, “a point readily conceded by just about everybody to the right of Pol Pot.”

The CEA is open and honest about the differences between socialist movements, but it’s also just as bold about the overlap in ideology and implications.

Such statements are meant in playful mockery, of course, but they say more about the blind spots of the American left (and beyond) than they do about the recklessness of the report. The CEA is open and honest about the differences between socialist movements, but it’s also just as bold about the overlap in ideology and implications. For example, the discussion on collectivized agriculture bears plenty of lessons for our present predicament, just not where Matthews expects.

“The CEA does not expect that socialist policies would cause food shortages in the United States, because socialists are no longer proposing to nationalize food production,” the report concludes. “Rather, the historical experience with agriculture is relevant because it involved economic disincentives, central planning, and a state monopoly over a sector that was large when socialism was introduced—similar to healthcare today.”

America’s democratic socialists are certainly unique in that they do not reject the market outright—choosing instead to re-tool and re-brand their preferences for top-down control amid the successes of capitalism. “Democratic socialists understand that their collective utopia cannot function without the information and performance generated by private markets,” writes Richard Epstein at the Hoover Institution, responding to the report. “…Bold words notwithstanding, they sense that the abolition of all private property is a step too far. So they try to chip away at this structure in the search of higher equity.”

Thus, Epstein continues, we find a peculiar variety of “soft socialism” and “market-based” collectivism, which is no less authoritarian in its basic conceits and impulses:

Elizabeth Warren has a hair-brain scheme to make corporations more accountable by allowing government officials to appoint some fraction of their members, without explaining how any director can simultaneously owe fiduciary duties—the highest legal obligation to act in the best interest of a party, and the rule that keeps our corporate law going— to parties with adverse interests. Bernie Sanders constantly pushes Medicare for all and free college tuition for all without ever understanding that with a price of zero dollars, supply and demand will be perpetually out of whack. Consumer demand explodes with the promise of free goodies, while the supply of goods and services shrinks given the want of revenue to cover wages and capital expenditures. When public price or wage controls ensure that supply will necessarily outstrip demands, only two responses, in tandem, occur. Queues form and quality declines.

The Human Costs of Socialism

In each example, we’re bound to see those same opportunity costs of slowed innovation and lower living standards. Though they surely won’t be equaled by the bitter fruits of “pure socialism,” they are still significant and sweeping. Further, they sow seeds in the soil of the broader culture with fruits that are sure to endure, which is why we’d do well to also consider the human costs that lie behind these sorts of surface-level outcomes and variables.

Beyond the slow and soft disintegration of wealth and property, innovation and ownership, what is at stake? At a deeper human level—at the levels of human creativity, relationship, and creativity—what’s at risk with the increasing micro-management of corporate ownership structures and the subsidization and consolidation of industries and workplaces?

The opportunity costs will be material, but first and foremost because they’re also social and spiritual.

Even if the “market” or “democracy” aren’t being directly dismantled or entirely snuffed out or shut down for the sake of Venezuela-style economic control, the social and relational ripple-effects of interventionist policies will mirror the economic ones. The opportunity costs will be material, but first and foremost because they’re also social and spiritual.

Whatever the case—and whatever we think about the definition of “socialism”—“democratic” or “populist” or “market-based” or otherwise—this ought to be at the forefront of our consideration: fighting obstacles to authentic individual creativity, free human exchange and relationship, and whatever ideological projects seek to replace them.