I stand with teachers—not unions. 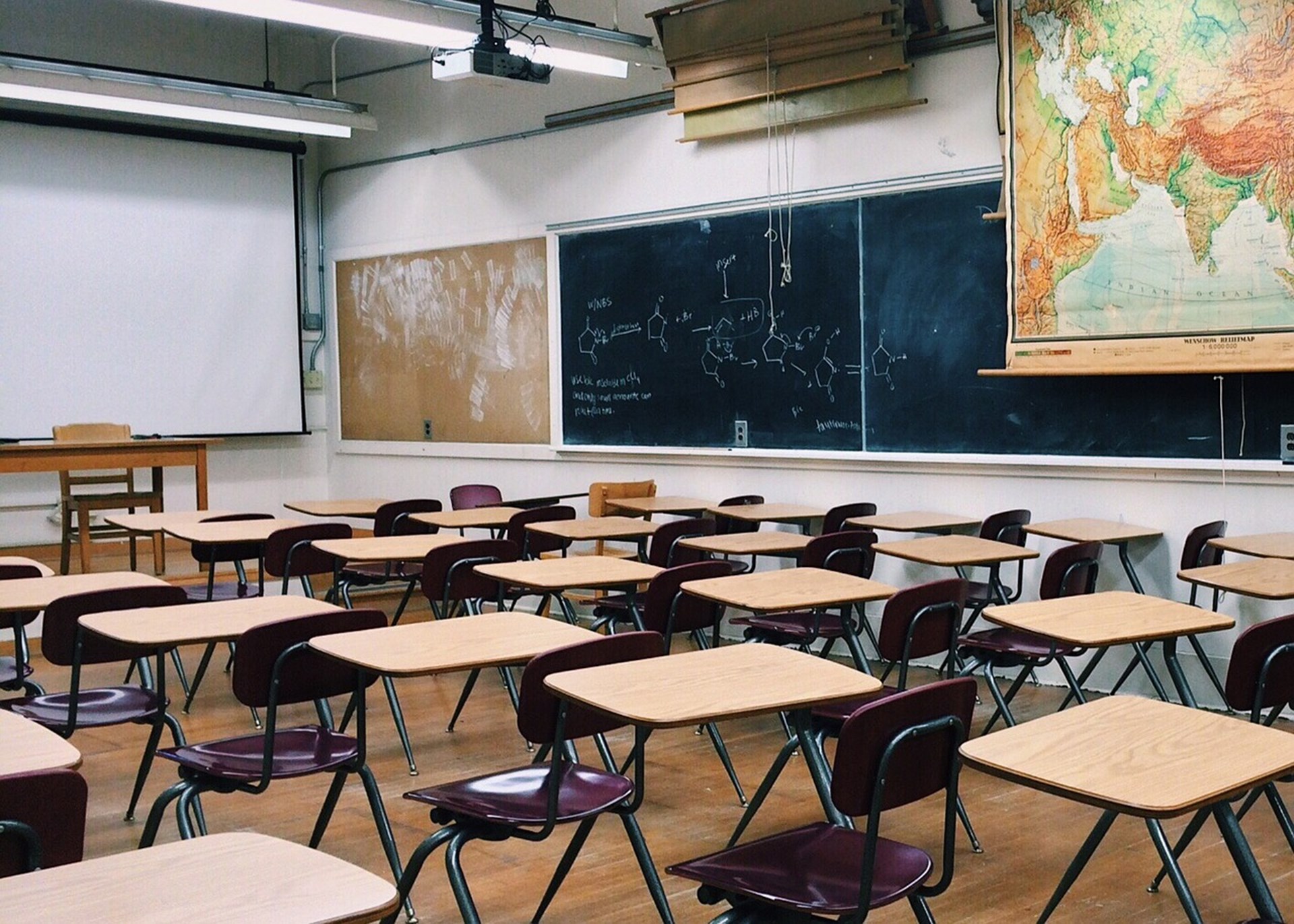 Every year, my school district hosts a beginning of the year meeting with every employee in the district. Amidst all the pomp are 15 minutes during which my school district provides a platform for the head of the local teachers union. He doesn’t say much, keeping it vague and general. He says the union works with the school board and other leaders to fight for both teachers and students.

He also spends time in the teachers’ lounge occasionally, handing out pamphlets. A note in defense of unions was left at a table in the lounge recently. It details accomplishments of unions past and the evils of corporations. This note and this speech are a nice review of a high school civics course, but they have one glaring flaw: they focus entirely on the past.

Contexts change. For instance, the necessity of stationed US troops in Germany has shifted since the Cold War. The same goes for unions at large as the US reaches historical levels of prosperity. We can appreciate the accomplishments of the past while still reconsidering the utility of unions in the present. There are of course defenses of unions within a modern context. That said, they are ultimately lacking. Here are seven reasons why we should support the dissolution of teachers unions in 2019.

They are advocacy groups as much as unions

Two years ago, while I was a first-year teacher, I mistakenly stumbled into a members-only meeting in my school’s library. Before being shooed away and denied a scone with coffee, I saw pamphlets in stacks next to the treats. One column was topped by a glowering Donald Trump over a dark red background like a Sith lord; the other had a smiling Hillary Clinton.

While teachers are stereotypically liberal, a survey done by Education Week found that 43 percent of educators define themselves as moderate, with a near equal number identifying as conservative or liberal. In 2016, 50 percent of teachers voted for Hillary Clinton and 29 percent for Donald Trump. Teachers are a moderate and politically diverse crowd.

That being said, in the past 28 years, teachers unions have given 96 percent of their funding to Democratic candidates. In the agenda from the National Education Association (NEA)’s most recent annual meeting, the business items include a commitment to:

Regardless of your views on all of these, there is a clear disparity between the agenda of the largest teachers union in the nation and the views of its teachers. Perhaps even more glaring, many of these issues have only a tangential relation to education, if that. While they speak of defending teachers, much of their energy is spent advocating for various, non-educational political initiatives.

They have more money in politics than just about everyone

Both Republicans and Democrats complain about money in politics. Both sides have their boogeyman: George Soros and the Koch Brothers. And yet, according to the Center for Responsive Politics, the NEA was the second largest contributor to political campaigns of any individual, corporation, or union in 2014. In 2016, the American Federation of Teachers (AFT) and NEA collectively gave $64 million in political contributions compared to only $11 million and $28 million by the Koch brothers and George Soros, respectively.

Unions fight for increased funding with the intent of raising teacher pay and purchasing better academic materials. Some research shows that it is beneficial. Other papers don’t. An analysis by Johns Hopkins finds a synthesis between the two, arguing that how school achievement is defined and how money is spent determine whether funding correlates with improvement. Until structural reforms are put in place to apply market pressure to the schools, any funding increase will be little more than waste.

There are curriculum teams and staff members collectively paid hundreds of thousands of dollars to create a curriculum that is either followed without fidelity or ignored entirely.

At the first school I worked at, the book room had thousands of books, worth thousands of dollars, and I was one of the only teachers in our building who used them. My department had a supply closet filled with toys and gadgets no one used. There are curriculum teams and staff members collectively paid hundreds of thousands of dollars to create a curriculum that is either followed without fidelity or ignored entirely.

Per pupil spending, school achievement, and teacher pay give data to substantiate this claim. In current dollars, school spending has increased by roughly $3,000 per pupil since the early 1990s; yet teacher pay has declined or remained flat in most states, while student achievement on test scores has remained stagnant or even decreased in some states. Money is increasing, but it isn’t creating results.

More generally, teachers unions promote a strict pay scale that rewards any teacher for years taught—be they exceptional or mediocre or lousy—incentivizing longevity, not performance. They also make it nearly impossible to fire teachers, taking up to two years and $200,000 according to Stanford Professor Terry Moe. Social stances, funding, and strict pay scales just won’t do in the face of crumbling urban education.

Unions block the reforms that will structurally change a broken system and in return, promise increased funding, which will, in turn, be drained away by the broken system. Namely, they oppose school choice, merit-based pay, standardized tests, and the Praxis, an entrance exam for teachers.

School choice, while not a panacea, is one reform that has tremendous potential for improving schools. Research shows that the pressure this funding structure places on schools increases student performance, saves money, and improves students’ mental health.

Educational reform has been stymied. Across the board, Republicans have advanced comprehensive reforms from charter schools to more stringent teacher evaluations and merit-based pay. After a blue wave, many fear that the growth it has enacted may be at an end.

They breed a culture of entitlement

I allow my students to set some classroom rules to provide a sense of ownership. One student expressed that he didn’t want a star or candy simply for following directions. It’s condescending, he said, to praise a student for the minimum. That assumes you only expect the minimum.

In my role, I watch many teachers teach, and not everyone necessarily deserves a star. I have heard teachers tell their kids to ask fewer questions. I have seen teachers celebrate over pregnant students. I have heard teachers speak of students using language one would expect from the villain in a Scorsese movie. All the while, teachers denigrate any test that shows stagnant scores or an administrator who questions their efficacy.

The unions tell us that we, the teachers, deserve our jobs and better pay regardless of the success of our students, but in reality, we deserve more money and respect only if we do our job well.

The unions tell us that we, the teachers, deserve our jobs and better pay regardless of the success of our students, but in reality, we deserve more money and respect only if we do our job well. To suggest anything else is a disservice to the profession.

They bargain for mediocre benefits

I was new to teaching and sat across from the school's manager of our 403(b) plans. I asked if the school district would match my contribution. They don’t, because the district pays toward our pension. I rolled my eyes, and so did she.

Chad Aldeman, a former analyst at the Department of Education, explains the problem well. He says that “states are paying an average of 12 percent of each teacher’s salary just for debt costs. If states didn’t face these large debts, they could afford to give that money back to teachers in the form of higher salaries—an average of $6,801 for every public school teacher in America.” In education, teachers receive retirement benefits based on a formula, unable to invest any more than the predetermined amount.

Under a 401(k) plan, any employee could choose to be frugal and invest more, as well as receive more from their employer and thereby more from their retirement plan. In education, teachers receive retirement benefits based on a formula, unable to invest any more than the predetermined amount.

That $6,800 dollars could go to much better use. For those of us who choose to save, we would end up with a retirement portfolio that would outdo most teacher pensions. Others may counter that some do not have the disposable income to save for themselves, but even in this case, those teachers should be allowed to keep their money and spend it on whatever medical bill or child care they need.

We can bargain for ourselves

Factory workers during the Industrial Revolution were expendable. They had no specialized skills or education with which they could bargain in a labor-flooded market. Conversely, teachers are a highly-skilled and educated workforce in a market where they are in short supply.

A friend of mine, one of the best teachers at our school, was falsely accused of hitting a student. Under convoluted district rules, the principal wanted to fire him. This teacher walked into the office with test scores, student testimonials, projects demonstrating mastery by some of our school’s most difficult students, and hallway video records that proved him innocent. We can bargain for ourselves.

As a rule, I try not to stand in opposition to things. It breeds resentment instead of changing minds and casts no vision for a way forward. I’m not against unions. I’m for teachers. For us to flourish financially and professionally, we need the freedom to bargain for ourselves, the respect that comes with accountability, and meaningful reform. Therefore, I stand with teachers—not unions.