6 Logical Fallacies to Look out for in the Gun Debate

Let's count them down.

In 2017, the data website FiveThirtyEight declared that the U.S. had become more polarized on the issue of guns that at any time in the nation’s history.

Because of the emotional nature of the debate, both gun control advocates and Second Amendment proponents increasingly resorted to violent rhetoric (“burn her!”), conspiracy theories, and especially irrational thinking.

Here are six of the most common logical fallacies you’ll find in the current debate on guns in America.

Non sequitur translates as “it does not follow.” They are more common in casual conversation than formal debate.

It does not follow that all fans of the original Star Wars trilogy will like The Last Jedi just because Luke is in the movie.

In the gun debate, the argument sometimes devolves into non sequiturs. Example: I don’t support the murder of innocents; therefore I don’t vote Republican, since Republicans often support the Second Amendment. 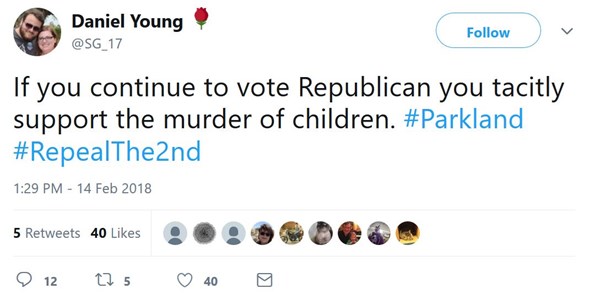 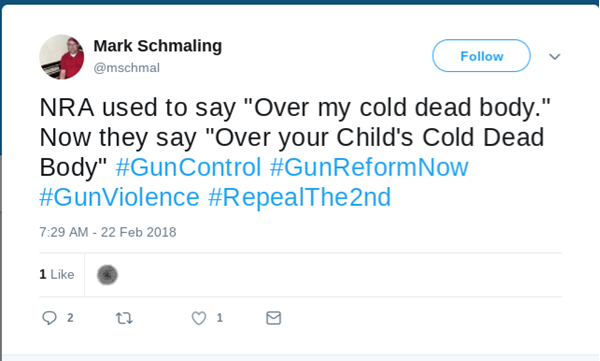 News media are notorious for presenting public options as a binary choice: do nothing or pass federal gun control legislation.

In reality, there are many actions individuals, communities, parents, and local governments can take to help prevent school shootings. But media reports and pundits on television usually don’t present these alternatives. 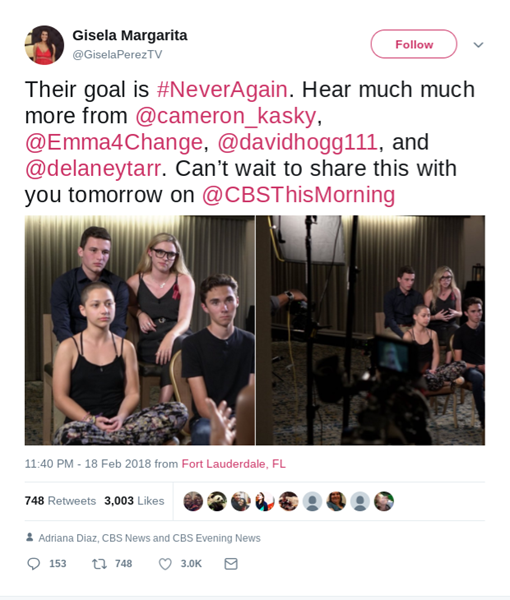 Children have been featured prominently in the gun debate, both by news networks advocating gun control and the president himself. Why? The answer is simple, as J.D. Tuccille recently pointed out at Reason:

“Kids are pulled into political discussions by adults who want to trump debate and shame their opponents into acquiescence.”

This is just one example of how people and media appeal to our emotions to argue their points. Here is another: 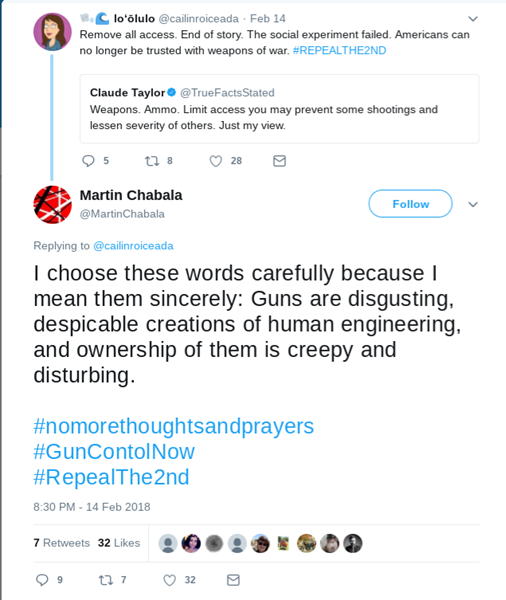 The straw man is arguably the most common fallacy in modern debate. The fallacy involves taking someone’s point or argument and reducing it to a caricature that is easy to knock over.

A case in point can be found in a recent column by Jerry Adler of Yahoo. In it, Adler mocked an article written by National Review’s David French which stated that the purpose of the Second Amendment was to defend liberty from potential state tyranny.

Adler depicts French as defending assault-style rifles “on the grounds that we might need them to fight a reprise of the American Revolution.” He invokes the image of “middle-aged guys running around the woods in camo pants” trying to go “up against the Marine Corps.”

But French never mentioned the American Revolution, Marines, or middle-aged guys in camo pants. In fact, French explicitly states that an armed citizenry would not be much use if it came to open conflict between the people and the state.

“The argument is not that a collection of random citizens should be able to go head-to-head with the Third Cavalry Regiment. That’s absurd. Nor is the argument that citizens should possess weapons “in common use” in the military. Rather, for the Second Amendment to remain a meaningful check on state power, citizens must be able to possess the kinds and categories of weapons that can at least deter state overreach, that would make true authoritarianism too costly to attempt.”

Instead of directly engaging French's argument that semi-automatic rifles are a more meaningful check on state power than sidearms and shotguns, Adler created a straw man. What’s interesting is that Adler did this while admitting that French “acknowledges that ordinary citizens wouldn’t stand much of a chance against the 101st Airborne” and that there is little evidence that the 1994 "Federal Assault Weapons Ban" reduced gun violence.

The bandwagon fallacy is born of the idea that something is right, true, or desirable because it’s popular.

Take this article, which recently appeared on Salon and featured the headline: “Support for gun control surges to highest level ever as GOP lawmakers sit on their hands.”

The implication is that action should be taken because many people favor it, according to a poll. 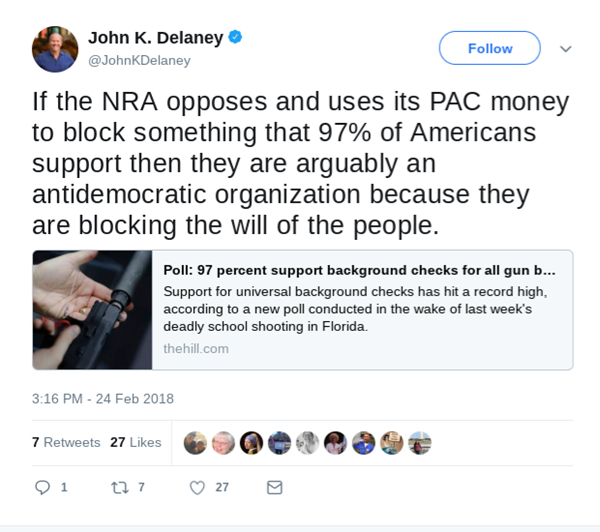 Such an action might be entirely appropriate. But the assumption that the opinion of the majority is prima facie evidence of validity is flawed logic.

This fallacy assumes that because two things are alike in some respects, they are necessarily alike in other respects.

In the gun debate, it’s common to point to Australia’s 1996 gun control legislation as a model for the U.S. It often runs like this: “In Australia, gun legislation passed and gun deaths fell. Therefore, the U.S. should pass more gun legislation.”

The problem, as many have pointed out (here, here, and here), is that these nations are so different—their legal systems, constitutions, histories, the number of guns in circulation, etc.—that any comparisons or predictions in gun policy are essentially useless. In other words, it's a faulty analogy.