Walter Williams is gone and will be widely missed, but his insights are not.

Walter E. Williams, who many consider one of the greatest modern economists, has passed away at age 84.

My connections with Walter go back to UCLA, where we both got our doctorates (though I was a bit later, and it was my misfortunate we did not overlap). Then I started writing popular articles in defense of Americans’ liberty not too long after he did, which made me very aware of his writing (in fact, I once jokingly told my wife that I didn’t like him because his articles were often too good a substitute for mine). And I know lots of people with connections to George Mason University and stories about him.

Because many were closer to Walter than I, the large outpouring of appreciation and endorsements upon his passing is better done by others. But I believe that I have something worth adding for those who didn’t know about him but whose interest in his work has been piqued by the powerful response to his passing.

In 2016, I published a book titled Lines of Liberty, in which I curated what I felt were the best quotes on liberty I could find, by those who had labored in the front lines to defend it. Walter was not included, like his best friend, Thomas Sowell. But that was only because I had restricted my attention to people who had died, so I could consider the entirety of their work. Now, while I have not yet had time to do more than scratch the surface of his work, offering an initial collection of some of his most important insights may be the best tribute I can offer.

I must say that after many years of thinking about liberty, I can get a thrill out of a well-made, ear-catching argument on its behalf. Reading Walter’s words gave me such a thrill. But it was quickly obvious that there was far too much inspiration and wisdom to fit in a compact space. So I limited my collection to very short statements on only a few of the core issues he dealt with.

Consider my “top ten” lists (so far) in three different areas Walter thought deeply about as just the beginning of wisdom that can be found in Walter’s work, and as an invitation to further consideration.

On Property, Rights and Justice

1. My definition of social justice: I keep what I earn and you keep what you earn. Do you disagree?...how much of what I earn belongs to you--and why?

4. There is no moral argument that justifies using the coercive powers of government to force one person to bear the expense of taking care of another.

5. Government has no resources of its own…government spending is no less than the confiscation of one person’s property to give it to another to whom it does not belong.

6. We don’t have a natural right to take the property of one person to give to another; therefore, we cannot legitimately delegate such authority to government.

7. Exercise of a right by one person does not diminish those held by another.

8. No matter how worthy the cause, it is robbery, theft, and injustice to confiscate the property of one person and give it to another to whom it does not belong.

9. The better I serve my fellow man…the greater my claim on the goods my fellow man produces. That’s the morality of the market.

10. The act of reaching into one’s own pockets to help a fellow man in need is praiseworthy and laudable. Reaching into someone else’s pocket is despicable.

Protecting our Rights and Liberties

Walter Williams had a great deal of wisdom to offer, and he passed that wisdom on to many. But there are many more of us who could still benefit from it.

I hope the examples here touch a chord with readers and lead them to further consideration of what he understood.

Walter will be gone, and widely missed, but his insights are not. 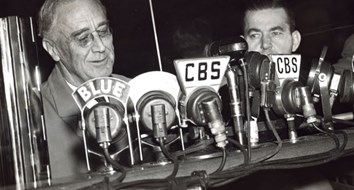