The Foundation for Economic Education (FEE) is pleased to announce that Mr. Richard J Stephenson is the winner of the third annual Leonard E. Read Distinguished Alumni Award. The award recognizes the unique professional and personal achievements of FEE alumni who have demonstrated exceptional dedication to the cause of liberty. It is the highest honor presented to a FEE alumnus or alumna.

“Richard Stephenson believes in improving the length and quality of life, which he has accomplished to a degree only a small portion of humanity can lay claim to—and he’s done it by entrepreneurship and innovation in health care and in generously supporting individual liberty in society at large. Through his principled service to others, Richard Stephenson represents the very best of FEE’s alumni over the past 70 years. He lives and breathes the very values this award represents.” 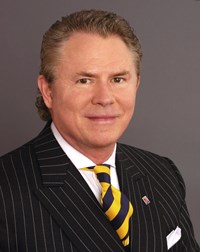 Professionally, Mr. Stephenson's experience and expertise is in global merchant banking, finance, healthcare and real estate and he has also served on the boards of many other professional, political, services, civic and charitable institutions.

Mr. Stephenson is an avowed libertarian and a graduate of Wabash College, (A.B. Degree), a Juris Doctor degree from Northwestern University School of Law, and an honorary doctorate from Southwest College of Naturopathic Medicine. He was a Fellow in Political Economy at the Foundation for Economic Education, Irvington-on-Hudson, New York; Rampart College, Larkspur, Colorado, and the Investment Banking Executive Program, Harvard Business School. He is a 33 degree Scottish Rite Freemason, and a Distinguished Eagle Scout in America. 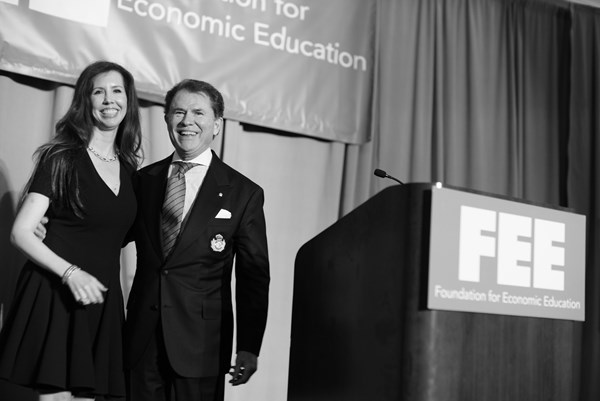 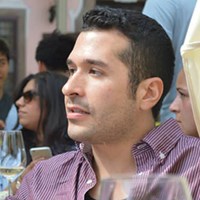 In 2006, the Mexican government started a war against drug cartels--a war that caused more than 100,000 violent deaths and wreaked havoc on the country. Kidnappings, extortions and killings were of common occurrence, affecting innocent citizens who had no way of protecting themselves, as the police were often involved. In the peak of violence during 2010, Julio Padilla, then 23 years old, decided to fight this trend by founding JP International Rastreo Satelital. This company provided GPS tracking solutions for businesses and individuals; the trackers were hidden in vehicles and featured a special platform where users could see the exact location, listen to inside conversations, and even block the engine remotely. This allowed companies to efficiently protect their assets in the case of theft, allowing them to continue their business operations despite the terrible conditions; they no longer relied on incompetent and corrupt authorities. JP International also helped individuals to protect their families; the system proved to be extremely helpful during kidnappings, allowing for the rescue of victims.

The company was quite successful; it achieved nationwide operations and was able to help hundreds of businesses and individuals. In 2013, Julio received a Scholarship of Excellence from Erasmus University Rotterdam in order to study Financial Economics. Julio transferred the company rights to a supplier in order to continue his studies. His life motto is Ayn Rand’s quote: “Live and act within the limits of your knowledge, and keep expanding it to the limits of your life”. 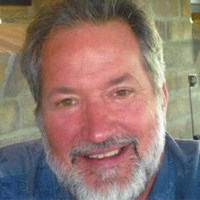 Jim Cox, a now-retired Associate Professor of Economics and Political Science, has taught Principles of Economics courses since 1979. Great Ideas for Teaching Economics includes nine of his submissions. As a Fellow of the Institute for Humane Studies, his commentaries were published in The Cleveland Plain Dealer, The Wichita Journal, The Orange County Register, The San Diego Business Journal, and The Justice Times as well as other newspapers. His articles have also been published in The Atlanta Journal and Constitution, The Margin Magazine, Creative Loafing, The LP News, The Georgia Libertarian, The Gwinnett Daily News, The Atlanta Business Chronicle and APC News. Cox has previously served as a member of the Academic Board of Advisors for the Georgia Public Policy Foundation, as well as an adjunct scholar for the Ludwig von Mises Institute, and is currently a member of the Board of Scholars for the Virginia Institute for Public Policy. He is the author of The Concise Guide to Economics and Minimum Wage, Maximum Damage, How the Minimum Wage Law Destroys Jobs, Perpetuates Poverty, and Erodes Freedom, and The Haiku Economist. 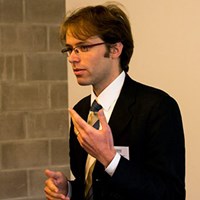 After reading just a couple of brief but fascinating remarks about Ludwig von Mises and his ideas about praxeology, Michaël mentioned Mises to a FEE alumna who heartily recommended him to attend a FEE seminar. He did so in 2005 and the experience had a fundamental impact on his further intellectual life. After attending two more FEE seminars in 2006, he co-founded the Murray Rothbard Institute in 2007 in his native Belgium and served as its president until 2012. The Rothbard Institute is dedicated to the same educational goals as FEE, with numerous seminars and publications aimed at understanding and fostering a free and prosperous society. Nearing its tenth anniversary in one of the world's most heavily taxed countries and currently driven by a new generation of enthusiastic students, it testifies to the lasting power of ideas. In 2012 Michaël started a PhD in philosophy on the ontology of institutions, still inspired by the idea that a scientific understanding of society's basic institutions is both possible and necessary for a truly free and peaceful society. 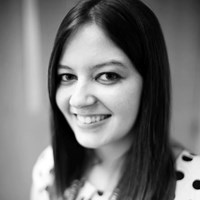 Emily began her involvement in the liberty movement during college as a Campus Coordinator for Students For Liberty in 2013. In this role she worked with students throughout South Carolina to start four new pro-liberty groups and assisted another six in increasing their on campus activism.

The next year she served on Students For Liberty’s North American Executive Board as the Southeast Regional Director and Atlanta Regional Conference Director. These roles allowed her to work with Campus Coordinators in the region to spread liberty by increasing the presence of student groups and putting on an educational conference for over 120 people, respectively. During this time she also began working at the Bastiat Society as the Program Officer where she worked with chapter directors from around the world to create a network of principled business people.

Currently she serves as the co-chair for Students For Liberty’s North American Executive Board where she works with the board to spread liberty in the US and Canada through various outlets including the Campus Coordinator class and Regional Conferences. In December she graduated college and began working at the Institute for Humane Studies in January as an Events Management Assistant. 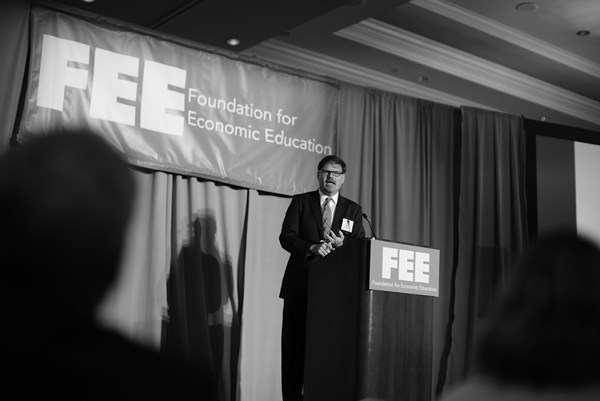